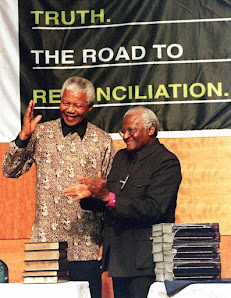 A Truth and Reconciliation Commission (TRC) is to be established in South Africa with the express purpose of facilitating a truth recovery process aimed at reconciling with the past. According to the objectives of the Promotion of National Unity and Reconciliation Act this is to occur through the establishment of as complete a picture as possible of the causes, nature and extent of past abuses. The survivors of these abuses will be afforded the opportunity to relate their stories so as to restore their human and civil dignity. Thereafter, the TRC will drawup a policy, which the government will carry out, for the granting of reparations and rehabilitative measures to these survivors. Furthermore, the TRC intends to enhance reconciliation by granting amnesty to perpetrators of human rights abuses. A comprehensive report documenting these past abuses will be compiled and the report will also make recommendations as to how such events can be prevented from occurring again.

On the legal and political front it is envisaged that this will contribute to the re-establishing of the rule of law and to the creation of institutional apparatus which can contribute to the building of a human rights culture. This will largely depend upon factors like political legitimacy, dealing with the controversial issues of granting amnesty, the calibre of the commissioners, an efficient documentation system and the competent running of the process. However, these macro debates, and particularly the issue of amnesty, tends to over-shadow the implications of this process for the numerous "direct"(e.g. torture survivors, survivors of assault and attempted killings) and "indirect survivors" (e.g. relatives of the "disappeared") who will be interacting with the TRC.