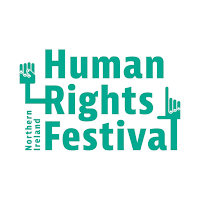 As part of the Northern Ireland Human Rights Festival, join Amnesty International and the Innovative Peace Lab (InPeaceLab) a partnership of the Nerve Centre and Transformative Connections (and international partners) for an innovative and interactive session exploring how technology can be used to boost human rights research and campaigning at home and abroad.

For more information and to book click here.
Posted by Brandon at Monday, November 21, 2016 No comments:

Can peace in Northern Ireland be model for Colombia?

As part of his recent state visit to the UK, President Juan Manuel Santos of Colombia made a stopover in Belfast. The visit, which was planned for several months, took on a new significance given the October "No" vote in a referendum to endorse the peace agreement between the Colombian government and Farc.

President Santos has routinely noted that Northern Ireland is a "reminder of what is possible" and various delegations of politicians, civil society, academia and business from Northern Ireland have interacted with the peace process in Colombia over the years. It is clear from the visit that President Santos is seeking an international mandate to continue to garner support for a perhaps revised agreement, as well as to get more funds from the UK government to support aspects of the peace process. Northern Ireland offers the president an opportunity to show that peace and compromise can work in terms of political co-operation even if aspects of the peace process remain unfinished. For example, proposals for dealing with the past have still not been agreed 18 years after formal agreement. 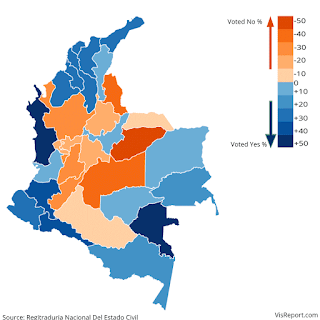 But being in Northern Ireland will also present challenges for President Santos on the home front. Although the international community have been helpful in the peace process, some of those who supported the "No" campaign have criticised the president for being overly focused on the international community and his standing, rather than listening to how many Colombians feel. The peace process has become about presidential politics and not genuine social engagement, some would say. The transformation of some former combatants from guerrillas into formal politicians, a key part of the failed agreement, also remains a contentious point in Colombia and one the "No" campaign exploited.

For those who oppose President Santos's political perspective and approach to peace in Colombia, the Northern Ireland process might not be seen as a rosy example. There is a sizeable amount of the Colombian population who still see any involvement of former combatants in government as problematic. The president is walking a tightrope between maintaining international standing and support, winning over more people to his position which includes the need for compromise with the Farc, and keeping the Farc on board. The latter remains a growing challenge as proposal from those opposing the agreement seem to be focused on limiting Farc's rights (eg to participate freely in so-called normal politics). The road ahead will indeed be bumpy.

On the positive side, it seems that most agree that a political agreement is needed to end the 50-year-old war. Colombians however clearly differ in the ways they think this should be achieved. Northern Ireland has balanced this position for years, and in that sense is a comparative case study to be taken seriously. It also highlights that peace is never a done deal, and that building peace, as obvious as it sounds, is always a process that requires constant attention and nurturing. This is as true for Colombia as Northern Ireland where distrust, separation and a legacy of violence continue to impact on how the future might look.

Juan Manuel Santos, Colombian President, has been undertaking a state visit to the UK As part of the visit he visited Belfast on 3 November.  President Santos met with First Minister Arlene Foster and Deputy First Minister Martin McGuinness. He also attended an InvestNI civic lunch at the Titanic Centre and then visited the Girdwood Community Hub. I was offered the opportunity to attend the Girdwood event, however, due to prior commitments with a visiting delegation from Georgia could not attend.  However, I was interviewed with Professor Mallinder by BBC Radio Ulster about the visit to Northern Ireland. Listen to the interview below.

A dialogue was held on 16 December 2020 hosted by the Truth Commission for Colombia entitled "Let's talk about coexistence and reco...