Grainne Kelly and myself, as Democratic Dialogue Associates, have recently put together the first of two DD reports on the theme of reconciliation entitled Reconciliation: Rhetoric or Relevant? This project, funded by the EU Peace II programme via the Community Relations Council, generated a workable definition of what has hitherto been a rather nebulous concept, on the basis of a round table drawing together international and local experts and practitioners. The Special EU Programmes Body has found this a very useful piece of work. Hard copies are available for £7.50 (£4 unwaged, £10 institutions) plus postage and packing from DD, send an email to info@democraticdialogue.org. A PDF version can be downloaded by clicking here.
Posted by Brandon at Wednesday, March 30, 2005 No comments:

If you haven't heard of the book the Da Vinci Code then you have probably have been on another planet. In fact I suspect I might be the last person on earth to have read it! The Da Vinci Code certainly does live up to its reputation. It is an entertaining thriller about deception, the church, religious intrigue, secret societies and the quest for hidden truths. Lots of people are getting very excited about this book because of its focus on various religious sects and conspiracy theories about them (see for example the Yahoo! Da Vinci Code page), but in the final instance it is nothing more than a fantastic read and a great thriller set within an intriguing setting. Next time you need a page turner to pass the hours, try this one. In its genre, highly recommended and dare I say, great fun if nothing else. More information on the book at Amazon, click your location US UK CA SA.
Posted by Brandon at Saturday, March 26, 2005 No comments:

I am now an official survivor of the unmitigated blitzkrieg people in the UK call Red Nose Day. I suffered the relentless onslaught of weeping celebrities begging me to part with my cash to help starved Africans. I just managed to stomach the general public going berserk for a day, colouring their hair red and jamming 17 fat cross-dressers into a Mini Cooper, all in the name of charity.

But, despite the absurdity of it, Comic Relief's Red Nose Day works. The charity extravaganza and telethon that happens every two years have raised more than £337-million since 1985, with 60% going to causes in Africa. That said, there is also something about this feel-good frenzy and media juggernaut that is Red Nose Day that makes me feel just a little uncomfortable. Am I the only one who feels the bitter irony of engaging in a pie-eating contest to raise money for the starving?

I do not want to be a party pooper or discourage philanthropy, but how much thought is really going into this type of giving? I have no doubt that those working at Comic Relief have a sophisticated strategy for selecting projects and sustaining them. Their Website convincingly describes the long-term impact the money makes. But is there similar strategic thinking when it comes to the general public?

The media machine behind Comic Relief, although successful at getting donations and sensitising the public to the plight of individuals in dreadful circumstances, also distances us from the bigger picture. The average public donor is sold a package, complete with red nose, hair gel and funny fundraising ideas, with no thinking required whatsoever. The message is simple: watch the TV insert about the plight of Africans, see what a difference Comic Relief makes, feel emotionally moved, dial a number and, faster than you could order a pizza, your money has bought a meal for a starving child. 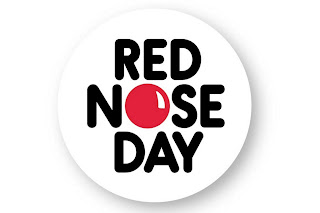 You would expect, after 20 years, the campaign message to be a little more sophisticated. I do not want to take a cheap shot at Comic Relief or those millions of generous people out there. I also recognise the pragmatic argument that if a zany media campaign is needed to bring in the money then so be it. But there are other issues to consider.

In an effort to present a snappy media message, there is a tendency to paint Africa as an amorphous mass. It really doesn't matter if the project being supported is in Sudan or Sierra Leone. It is all Africa - and it needs help. Media-wise, this works, but it leaves the UK public with a very one-dimensional view of Africa. It acontextualises why poverty and conflict came about it the first place. It lets governments off the hook and writes multinational companies out of the picture.

I know that Comic Relief tries to tackle this in its own way. Its educational materials for schools deal with questions of debt and fair trade. It encourages students to take a stand and write to MPs. But, sadly, this is not the public face of Comic Relief. It is a social indictment that charity has to be funky to get a public response.

Disturbingly the slick celebrity-driven marketing does not challenge the public to think about the root causes of poverty and do something more substantial than dipping into their pockets every two years.

Surely the campaign should include a focus on the need for fundamental political change to alleviate poverty and not just the importance of making an individual difference.

Comic Relief should be commended for all it has done and the world would be a better place if there was a red nose under every bed, but I only wish the whole thing was just a little more political and a lot more challenging.


To find out more on Comic Relief visit http://www.comicrelief.com

This article by Brandon Hamber was published on Polity and in the Engineering News on 25 March 2005 as part of the column "Look South". Copyright Brandon Hamber.
Posted by Brandon at Friday, March 25, 2005 No comments:

As some you know this blog has been following some of the developments of the Greensboro Truth and Reconciliation Commission, which is focusing on the 1979 "Greensboro Massacre" that took place in broad daylight and was taped by local television news crews. It is the first TRC in the US. Recently the Washington Post published a piece on it that tells of the progress so far. To read the article, click here.
Posted by Brandon at Monday, March 21, 2005 No comments:

British society should modernise some traditions

Few issues could throw the British media into the frenzy created by the pending royal wedding between Prince Charles and Camilla Parker Bowles and the newly legislated ban on fox-hunting.

While ostensibly separate issues, the debate on both has centred on the same principle, namely that, in each case, national tradition is 'under threat'. The moral standards of the country will crumble, cry some commentators, if an adulterous divorcee becomes supreme governor of the Church of England, a position to be bestowed upon Prince Charles when he becomes king. Fox-hunters too cry foul, claiming that another great centuries-old tradition is being undermined. But is tradition a good enough reason to retain the status quo? And is tradition beyond change? For centuries, in Western culture, it was traditional for women not to be educated and for universities to be all-male institutions. Witch burning and female circumcision are traditional practices still carried out in parts of Africa today. Tradition hardly seems an appropriate reason to retain any of these customs. Just because we have always done something does not make it right. Such thinking implies certain practices have always been there, or at least been around for a long time, and have not changed since. This paints traditions as timeless, innate and static by nature. Yet the most enduring traditions evolve in order to fit the changing society in which they are practised, just as, in nature, adaptation is often the key to their endurance.

Both fox-hunters and royal enthusiasts would do well to remember this before their refusal to evolve renders their traditions extinct. While the ban on fox-hunting and the latest royal wedding might signal the end of something, they are also the start of something new. The reality is that the tradition of fox-hunting has not been destroyed completely, but has been overhauled. Fox-hunters can still ride out red-coated on horseback, take part in drag hunts, exercise their dogs and even shoot foxes if they want. The aspect of the tradition which has been outlawed is the final tearing to pieces of the fox by hounds. This might be precisely the change needed to make fox-hunting less brutal and more acceptable and appealing to a wider cross-section of the population. Equally, perhaps if the supreme governor of the Church of England is an adulterous divorcee many who have had a similar life experience may feel less estranged from the church as a result and be more inclined to see it as relevant to them. None of this is to say that traditions are not important. They have value because they connect us to our past and give us a sense of identity. But it is healthier to see traditions not as a stagnant force in society, but as mirrors of positive change.

It was not so long ago that some people said the old South African flag would never die. As I watched England play cricket in South Africa recently, stands awash with the new flag, I wondered if anyone was seriously longing to see the old flag again. Perhaps someone out there is, but the vast majority seemed proud to display the new flag with its overtones of diversity and progress.

Introducing a new national flag has meant hope, not dissolution, for South Africa. Banning fox-hunting with dogs and allowing a fallible divorcee to hold an important spiritual office will not signal the end of all that is British. To be honest, I am not that interested in fox-hunting or the royals, but British society would do well to think of modernising some enduring traditions to reflect the sensibilities of their time. Perhaps seeing tradition in this way could, in itself, become a new tradition that Britain can be as proud of as South Africans are of our new flag.

This article by Brandon Hamber was published on Polity and in the Engineering News on 11 March 2005 as part of the column "Look South". Copyright Brandon Hamber.
Posted by Brandon at Friday, March 11, 2005 No comments: