I have a new article out "Conflict museums, nostalgia, and dreaming of never again" published in Peace and Conflict: Journal of Peace Psychology, Vol 18(3), Aug 2012, 268-281.

The abstract reads as follows: Sites that mark atrocity span the globe including Villa Grimaldi in Chile, the Anne Frank Museum in Amsterdam, the Nanjing Massacre Memorial Museum in eastern China, and Robben Island in South Africa. Generally such sites seek to have some form of social and individual impact. Typically they seek to educate the next generation and prevent future forms of atrocity by revealing the past. It is contended that an overly emotional focus on the narratives of victims at such sites can limit understanding of the dynamics that cause violence. The article also explores whether there is a nostalgic element to conflict museums. Although it seems counterintuitive that nostalgia would have any place in thinking back on periods of extreme violence, it is argued that nostalgia is present in a number of ways. How this plays out in postapartheid South Africa is specifically explored. The article concludes by highlighting the dangers in South Africa of what can be termed a regenerative nostalgia for the “struggle” against apartheid and the perceived unifying peace process that followed. 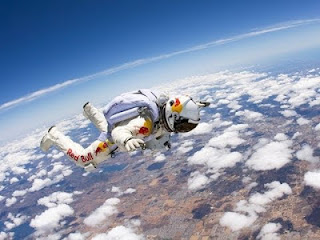 This article by Brandon Hamber was published on Polity and in the Engineering News on 26 October 2012 as part of the column "Look South". Copyright Brandon Hamber.
Posted by Professor Brandon Hamber at Friday, October 26, 2012 No comments:

When should society tire of the voices of the past?

This article was first published in January 1997, I am re-posting it as there is a renewed interest in dealing with the past in Brazil with the establishment of the new Brazilian Truth Commission.

The kitchen of a small house in downtown São Paulo, Brazil, is the meeting place of the Comissão de Familiares de Mortos e Desaparecidos Politicas (Commission of the Families of Political Murder Victims and the Disappeared), an organisation of family members whose loved ones were killed during the military dictatorship in Brazil.

The kitchen is lined with filing cabinets that contain information collected by the families on some 400 cases of murder and "disappearances".

Unlike in South Africa, there was no official investigation in Brazil following the military regime. Without any governmental support, it has been these families and human rights activists who have had to try to find information on the "missing" and the dead.

Some 20 years since the "disappearances" the relatives are still trying to establish the truth about what happened to their loved ones.

During the period of military rule in Brazil (1964 to 1985) thousands of citizens were persecuted, forced into exile, murdered and tortured. The official lists compiled by human rights organisations report thousands of cases of torture, 240 people murdered and 144 missing. Relative to other countries in South America, these numbers are negligible.

Comparisons to the 30 000 "disappeared" in Argentina are of little comfort to the relatives who feel that the atrocities committed by the Brazilian government have received little attention since the passing of a general amnesty in 1979.

Although a civilian government was instated in 1985, the families of the "disappeared" have continued to seek the truth and draw attention to the numerous atrocities carried out by the past government.

Their roots lie often with relatives who have met as a result of their common experiences. Stories of meeting one another at government offices and police stations while seeking information about their loved ones are common.

Groups exist in almost all Latin American countries and have also been established in African countries such as Chad, Ethiopia and Morocco. Similar groups also operate in Sri Lanka, the Philippines, Turkey, Croatia and in China.

These groups are diverse in membership and objectives, but generally share three common aims: a demand for information about what happened to their loved ones; a need for official acknowledgment; and a quest for justice in respect of those responsible.

In Latin America truth, social and psychological rehabilitation, and acknowledgment are generally placed before the need for compensation. As most of the groups have developed in the context of blanket amnesties, there is an ongoing demand for justice.

Impunity for crimes committed under military regimes is the issue that sits hardest with relatives of the murdered and "disappeared" throughout the world.

The South African Truth and Reconciliation Commission is one of the boldest international efforts to try to meet some of these needs. Unlike a "blanket amnesty", the commission trades full disclosure or "truth recovery" for amnesty - thus potentially meeting victims' needs for truth and public acknowledgment.

In South Africa, amnesty is justified as being necessary to ensure peace. It is considered that prosecutions could not have been guaranteed due to inefficiencies in the criminal justice system and a lack of access to information necessary to sustain successful prosecutions.

Most victims would probably agree that an investigation like the truth commission is a necessary first step to uncovering the truth. However, the onus is not on victims to accept any amnesty agreements. Rather, the commission has the responsibility to explain amnesties and has to be prepared for the angry responses. It is critical that it is not demanded, either implicity or explicity, that victims are expected to forgive the perpetrators. Families' anger or other emotional responses to the granting of amnesty to perpetrators has to be legitimised and space provided for people to express their feelings.

The lessons from other countries are that amnesties are always unpopular. Ironically, if the truth is uncovered, this may stimulate rather than eliminate families' demands for justice.

Even with the efforts of the truth commission, the varied nature of the cases and the impossible search for the truth means that the issues of the past can be expected to remain on the agenda for many years.

Despite the Chilean Commission of 1991 being reported as the most successful truth commission to date, today people still seek to report past cases and many are unaware that the commission even took place.

In South Africa we need to guard against the attitude that once the Truth and Reconciliation Commission is over, the chapter on the past is closed. For the victims of past abuses, the chapter only closes when they are personally ready.

This can be more challenging than it sounds. Take one faction of the victims' group the Mothers of the Plaza de Mayo in Argentina, for example, who refuse any form of reparation and compensation. They will not even participate in any official investigations or bodies, and insist: "You took them away alive, we want them back alive".

Perhaps they only want others to experience the frustration thay have felt and are determined to offer constant reminders that, in reality, there is nothing that can ever be done to replace their "missing" loved ones. As bizarre as this extreme position sounds, if we are to truly sympathise with victims we are required to understand it.

In Brazil, the government has recently agreed to compensate the families for the murdered and "disappeared", but the relatives say compensation was never their goal. They see this as the government's final attempt to buy their silence and close the book on the past, but without disclosing the facts of what happened.

As a result, the families of the "disappeared" in Brazil are referred to by both those from the left and the right as "dinosaurs". They are seen as harping on the past. The society is tired of these mothers who will not be appeased or who cannot forget.

The real question is: at what point does a society become tired of hearing the voices of the past? In South Africa, despite even the most valiant efforts of the Truth and Reconciliation Committee, we can expect to hear the voices of victims long into the future.

The challenge to all South Africans is to learn to cope with, and accept as legitimate, the ongoing anger and even impossible demands of victims who will continue their struggle for an ever-elusive truth.