A new dawn for South Africa, but a false start for Northern Ireland

South Africa has a new leader; the current negotiators in the North feel like a spent force

In a strange way the South Africa and Northern Ireland peace processes have always been linked. In the 1990s both were heralded as examples of how deep divisions could be overcome, and co-operation fostered between former enemies. Other connections were more direct, such as the former ANC lead negotiator and now new South African president Cyril Ramaphosa’s role in the decommissioning processes as an inspector on behalf of the Independent International Commission on Decommissioning.

Two decades later, however, both peace processes have lost their shine.

In Northern Ireland a lot has been achieved. For example, a stable powersharing arrangement was running for a number of years, there has been substantial police reform and a dramatic decrease in political deaths.

However, the powersharing government has been collapsed for over a year. Social division also remains. Some 90 per cent of social housing is still single-identity, according to the Northern Ireland Federation of Housing Associations. Only 7 per cent of children go to integrated schools.

Although paramilitary activity has decreased, there were 30 bombing incidents last year. Assaults, mainly on young males, by paramilitary groups have continued at roughly consistent rates for the last 10 years.
Significant gains

For South Africa, redressing decades of racial inequality has been a priority. Significant gains have been made. For example, 93 per cent of South Africans now have access to potable water compared to 62 per cent in 1994. The ANC government has built three million homes, housing 16 million people.

However, a backlog of 2.5 million houses remains. The official unemployment rate stands at a staggering 26 per cent. On top of this, the former government led by Jacob Zuma was throughout beset with serious corruption allegations.

However, unlike Northern Ireland, which has now seen a breakdown in the negotiations to re-establish powersharing, South Africa saw Ramaphosa instated as president. A wave of new-found optimism has swept the country. In his state-of-the nation address on Friday, Ramaphosa spoke of a new dawn, turning the tide against corruption and tackling inequalities, while maintaining economic stability.

The campaign to remove Zuma has been sustained over a number of years, and has included media exposés of corruption, large public demonstrations by opposition parties and civil society organisations, a series of court cases that have opened the way for the prosecution of Zuma and his cronies, and latterly a determined bloc inside the ANC and its allies to remove Zuma from office.

South Africans have a new belief in democracy and people power, and have learned first-hand the value of a free media and an independent judiciary. There is new hope in the constitution, the rule of law and the institutions developed to protect democracy.
Frustration

In Northern Ireland things feel very different. Everywhere one turns you hear people complaining about the inability of politicians to make a deal. The frustration is palpable, yet the malaise continues despite the ongoing division, Brexit and economic difficulties looming large.

Like Zuma’s administration that suffered from illegitimacy and drift, the Stormont talks have lost their way, and have lost touch with the people.

While South Africans are optimistic on the promises of Ramaphosa’s “new dawn”, Northern Ireland wallows in the tatters of what was once called a “fresh start”. So why the difference, and what can be done?

First, in South Africa there has at last been a qualitative change in leadership. In contrast, the current negotiators in the North feel like a spent force. Although some top positions in Northern Ireland have changed, those who were there at the start of the current impasse remain largely the same. One way to change this dynamic is to rework the talks structure to include all political parties, bringing in new leadership.

Second, civil society participation has been key to the new South African impetus. It is time to reignite civil society interest in the Northern Ireland peace process. New ways of people interacting with the talks have to be found. Ideas such as a citizens’ assembly have been proposed. Politicians need to encourage new civic interactions rather than corralling around the stale and secret Stormont talks.
New energy

Of course, South Africa is not a perfect or a directly comparable model. The new energy will dwindle over time if expectations are not met. Time will tell if Ramaphosa can deliver. But the current situation in South Africa reminds us once again that change is possible and the re-set button can be pushed. Hope and vitality can be restored to the body politic.

We forget at our peril that a commitment to a new vision, farsighted leadership, civil society engagement and, ultimately, the willingness to compromise is what drove the remarkable changes in Northern Ireland and South Africa in the 1990s.

Unless this genuine spirit for transformation can be reignited in Northern Ireland, as it has been sparked in South Africa recently, the risk is that the Belfast Agreement will become a rather sullied footnote in history.

The original article is available here in the Irish Times, 20 February 2019
Posted by Brandon at Tuesday, February 20, 2018 1 comment:

A New Dawn for South Africa

Hamber, B. (2018, 20 February). A new dawn for South Africa, but a false start for Northern Ireland. Irish News [Read Online]

Posted by Brandon at Tuesday, February 20, 2018 No comments: 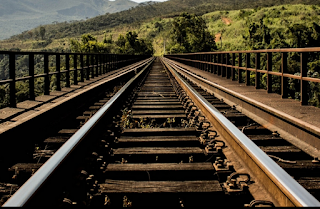 I am delighted to be part of the Screening Violence Project. Screening Violence is a four-year research and documentary filmmaking project sponsored by the UK Arts and Humanities Research Council (AHRC). The project is based in Newcastle-upon-Tyne, Bristol and Ulster University, and works with co-investigators and partners in Algeria, Argentina, Colombia and Indonesia. Screening Violence is an innovative engagement with communities that have experienced prolonged and entrenched violence of different kinds: from guerrilla warfare, to state sponsored persecution of particular groups, to mass murder, to sectarian conflict. It aims to achieve a new understanding of how social imaginaries shape civil conflicts and transitions to peace. This project recognises visual culture as a key imaginary space where meaning is made about conflict and violence. We therefore engage with communities that have experienced violence through the medium of cinema and documentary film.

For more detail on the project visit the website.

To see all the posts related to this project and ongoing activities, click here.
Posted by Brandon at Friday, February 16, 2018 No comments: