"It is easier to imagine the death of one person than those of a hundred or a thousand . . . when multiplied suffering becomes abstract," the Peruvian novelist and politician Mario Vargas Llosa wrote in his book The War at the End of the World.

The Asian Tsunami disaster has created 'multiplied suffering'. The destruction, in part because of the power of television, is, on one level, only too real. On another, the magnitude of it is really intangible to those of us thousands of miles away.

I know I cannot capture the destruction in words. I find myself not wanting to reel off statistics of the number of dead and the horrible ways in which they died. The media's ever-present body count, generally rounded off to the nearest thousand, adds to the unreality of it all. It belies the impact on each individual affected.

A catastrophe of this nature creates a sort of existential void. Why does it happen? How can we respond? The easiest way is to give money. Money somehow reconnects us to those hurting. It makes us feel we are doing something.

The British public are on course to give over £100-million pounds. The British government promises to match what the public raise.

The US government promises $350-million and the US public have found nearly $200-million for the victims. Both the UK and US governments have also supplied military personnel and equipment to help with relief and reconstruction. The world in total has raised over a billion pounds.

But is it really enough?

What is £100-million to a British government that found £6-billion to fight an illegal war in Iraq? The National Priorities Project estimates that the US will spend $152-billion on the war in Iraq by the end of January 2005.

Various companies pat themselves on the back for their donations. Vodafone is giving £1-million and BP found £1,6-million. But each record profits of somewhere between £8- and £10-billion a year. According to Jonathan Freedland, writing in the Guardian this week, Vodafone's donation is the equivalent of one hour of its profits.

But we should never look a gift horse in the mouth says the old adage. I do not want to rubbish the amounts given. It is encouraging that companies, governments and celebrities are making sizeable donations. The public too has responded generously. A recent story in England focused on children who sold their Christmas presents to make a donation.

But somehow I am still not satisfied by all this. I cringe when I read headlines such as 'Great Brits give £110m'. The great British public also spent £240-million on presents for their pets this Christmas, according to Churchill Insurance.

I do not mean to knock individual generosity. To be fair the poorest 10% of British society allocate three per cent of their household income to charity a year. Governments should not be lambasted when they make an effort. But something is still skewed here.

One hundred or two hundred million in Tsunami aid from the British government is minuscule compared to a GDP of £1,2-trillion. At a broader level, UK foreign aid in total only counts for 0,4% of the GDP still less than the UN-recommended 0,7%. Governments talk about their donations as if it is a personal gift from them or politicians. But it is taxpayers' money. Surely, somewhere, the public should have a say on how this is spent not only on this disaster but across the board in terms of foreign aid and poverty reduction.

The UN estimates that $900-billion was spent on military acquisitions worldwide in 2003, this went up to $950 billion by the end of 2004. The world is set to hit the $1-trillion mark on military expenditure a year. Foreign aid is at a maximum of $60-billion. This is a global disgrace.

What needs to be done in terms of this disaster, not to mention worldwide poverty, is bigger than you and I. Governments must curtail military spending and increase foreign aid. 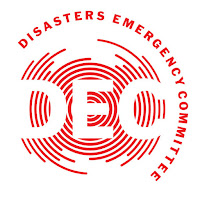 Personally, I feel wracked with guilt when I think of the small donation I made to the Tsunami appeal. I wonder if government officials feel the same way?

More is needed on top of charitable donations. Each of us has a responsibility to put pressure on our governments to make a real difference in the lives of all who are suffering. Maybe in addition to financial contributions we could all write letters to our local politicians or sign up to campaigns aimed at redirecting public funds in more constructive ways.


If anything, we should all be humbled by what has unfolded before us in the last two weeks. It is a wake-up call if nothing else. We can all do more.

To donate to the Disasters Emergency Committee visit http://www.dec.org.uk.

This article by Brandon Hamber was published on Polity and in the Engineering News on 7 January 2005 as part of the column "Look South". Copyright Brandon Hamber.