Please see below a press statement released this morning by the South African Coalition for Transitional Justice (SACTJ).

Almost 150 criminals, racist killers and those responsible for mass atrocities committed during and immediately after apartheid have been recommended for special pardon in a deeply flawed and unconstitutional process headed by President Jacob Zuma, the South African Coalition for Transitional Justice (SACTJ) warned today.

The Coalition asserts that President Zuma would be acting inconsistently with the values and principles of the Truth and Reconciliation Commission (TRC) as well as a recent decision of South Africa’s Constitutional Court which confirmed that the disclosure of truth was an essential precondition of the process.

The Coalition advised President Zuma, through its attorneys, the Legal Resources Centre, that no pardon may be lawfully issued on the back of the special pardons process which eschewed the exposure of the full truth of apartheid era crimes as well as crimes committed well into South Africa’s constitutional democracy. The special pardons process has condoned the concealing of the identities of senior politicians and security officers who authorised the murders of anti-apartheid activists.

In a move to “promote national reconciliation and unity” and deal with the “unfinished business” of the TRC, former President Thabo Mbeki set up a Special Dispensation process in 2007 to pardon political perpetrators who had not participated in the TRC amnesty process. He also extended the process to those whose crimes were committed after apartheid up to 16 June 1999. A body named the Reference Group (RG), made up of representatives from the 15 political parties in parliament, was tasked with reviewing applications and making recommendations. Pardon applicants were required to disclose the truth and show that their crimes were politically motivated.

Amongst those recommended for pardon are apartheid era police minister, Adriaan Vlok, and police commissioner, Johann van der Merwe. They received suspended sentences for their role in the attempted murder by poisoning of former South African Council of Churches head, the Rev. Frank Chikane in the late 1980s. Vlok and Van der Merwe acknowledge that a death list had been drawn up but merely claim that they were passing on instructions. In their applications for pardon they do not disclose the names of the persons who gave such instructions nor do they disclose the identities of others on the death list.

Those recommended for special pardon include persons responsible for:

Most of these incidents occurred well after 1994, when non-violent channels for political action were available to all South Africans. While leniency is afforded to called political offenders, victims’ pleas for justice and reparations have fallen on deaf ears.

The Special Pardons process is deeply offensive to all South Africans who made sacrifices for the liberation of South Africa. In denying South Africans the full truth it serves to undermine national reconciliation. Should President Zuma issue such pardons he will be violating the rule of law.

The SACTJ is an umbrella body of organizations working to advance the rights of victims of past conflicts and to hold the South African government accountable to its obligations. The member organisations are committed to helping secure the rights of victims of apartheid-era human rights violations and raising awareness about these rights. These organisations are Centre for the Study of Violence and Reconciliation (CSVR), Human Rights Media Centre (HRMC), Institute for Justice and Reconciliation (IJR), Khulumani Support Group (KSG), South African History Archives (SAHA) and Trauma Centre for the Survivors of Violence and Torture (TCSVT). The International Center for Transitional Justice (ICTJ) is a friend of the SACTJ.

The first of the "Dealing with the Past in Northern Ireland" seminar series is now available online. The seminar was entitled &quo... 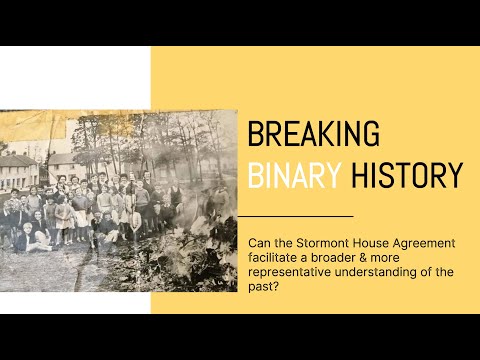